The Portage Grand Prix Jamboree. Many long time residents remember it fondly. The Jamboree was intended to be THE festival that would define the city of Portage, that would make it stand out. For many years it did. Started in June of 1979, the Grand Prix was an annual event that drew large crowds until it was discontinued in 1997. 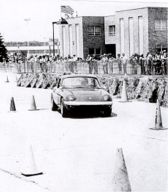 The main event of the Grand Prix Jamboree was a precision-driving event. Race cars from all over the country and Canada were invited to participate. The downtown area of Portage was blocked off so the cars could use that part of Central Avenue as a racetrack. Pylons were placed in specified locations to create an obstacle course, emphasizing handling skill rather than speed. The first year of the race more than 150 cars entered the event. There was a full range of imported and domestic cars, sedans, and race cars. Bleachers were temporarily erected in front of City Hall for spectators.

The Grand Prix didn’t just have racing. More than 30 non-profit organizations set up concession stands in the Portage Mall area. There was also a large flea market. Merchants in the Mall even held a “Midnight Madness” promotion with such events as a disco contest. 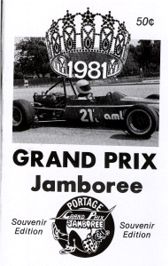 They expected to draw 25,000 people that first year, but the unseasonably cold weather kept the numbers down to about 10,000-12,000. With each year, though, the Grand Prix Jamboree grew. New events were continuously added to the program: the Junior Miss Pageant, a softball tournament, a five mile run, midget racing using smaller-sized cars, a parade, a community dinner, and many others. The people also came out in greater numbers. In 1981, an estimated 40,000 attented the Portage Grand Prix Jamboree. Major Chicago TV news stations even covered the event.

Unfortunately, the momentum could not be sustained. Attendance began to decline in the late eighties. By the early nineties, the Grand Prix was in jeopardy of being cancelled altogether. Even more changes were made that helped the Jamboree’s popularity for a time. A shuttle service was set up to bring South Shore commuters to the Portage downtown area, former White Sox player, Ron Kittle, sponsored a charity softball tournament, an antique car show was promoted, a bass fishing contest was set up at Countryside Park, the events were expanded to include a wider area of the city–but these things only helped in the short term. 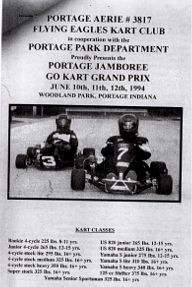 Problems with money, sponsorship, insurance regulations, and decreased participation forced the Jamboree in 1994 to switch to go-kart racing instead of autocross in an effort to save the Jamboree. At the time, go-kart racing was an up-and-coming motorsport and it was believed that its popularity would boost attendance and participation. The same problems continued to plague the Jamboree for several years, however, no one knowing from one year to the next whether or not there would even be another Jamboree.

In 1997, the committee that oversaw the Jamboree activities announced that there would be another Grand Prix in 1998–even setting a date. Their plans fell through. After 18 years as the main festival in the city of Portage, the Grand Prix Jamboree was history.

All photos and clippings courtesy of the Portage Public Library history files. If you would like to see these files, please ask at the Reference Desk.

Posted in The Tidbits. 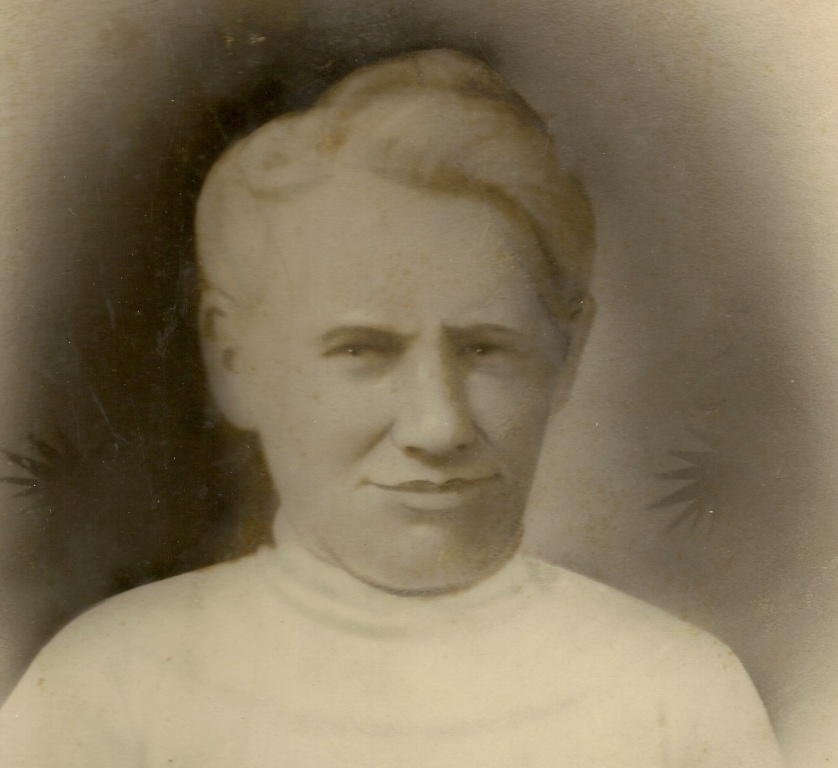