Sixty years of my life have been involved with the 122-year-old Portage Township School system and I would like to share my experiences and relationships to it with you. I attended Garyton, grades 1-6 and Crisman/Portage High, grades 7-12.

By the 1840’s all the Indians had left this area. Schooling in the mid to late 1800’s was one room, all grades, many times held in a private home. In an elegant Victorian three story mansion built in 1887 and owned by Joseph Robbins a room was set aside for schooling. From that home on May 25, 1895 the first Portage Township graduation (consisting of three students, cousins, eight grades completed) took place. Joseph Robbins gave the speech, “The Value of Education” while his two classmates Henry and Bertha Robbins and others in attendance listened. Schooling continued there for several more years.

In 1906 due to population increase and educational guidelines, a grade and high school building named Crisman was opened. It was probably named after one of the founding families in the area with twelve children. One of the grandsons, Paul Crisman was in my class. William Britton was the first principal and his granddaughter Madeline Bradford was also in my class. A relative of Joseph Robbins, Jr. Marjorie Robbins attended this school and eventually taught home economics in this building.

Twenty-two years later, in 1928 next door to the Crisman School, Crisman H.S., grades 7-12 was constructed and completed. By the mid 30’s it was called Portage. A tunnel connected the two schools. I used it because my home economics class with Marjorie Robbins Herron as teacher was in that building. My mother graduated in 1933 and I in 1954. You may have heard of some of my teachers and staff: Rowena Kyle, English; Ethel Jones, English; George Myers, Music; Wally Aylesworth, Principal; and William Fegely, Shop.

We had 54 students graduate in our 1954 class. The class officers were: Paul Crisman, President; Madeline Bradford, Vice President; Eva Bednash, Secretary and Lynn McCasland, Treasurer. Our class was the last to attend and graduate from this school.

In 1955 on the corner of Central and Willowcreek, Portage High School was completed. All appreciated the spacious open concept with much room to expand. Later the arrival of Bethlehem Steel nearby would cause Portage to grow and prosper even more.

During 1956-71, I lived in Evanston, Ill. and San Francisco working, completing three years of college and marrying. I returned to Portage and began subbing at the high school in ’72. After my husband died, I decided to obtain a teaching degree and did so at Indiana University Northwest, Gary, in 1979.

Wouldn’t you know – it was time for a larger high school. Enrollment was at its peak with about 10,000 students district-wide. In 1979 the new high school, grades 10-12, at 6450 Highway 6 was ready for occupancy. Next door the former Grissom Middle School was now used for ninth graders. With about 25 teachers in the English Dept., that year there were two openings and fortunately I was hired!

Being an older beginning teacher had interesting challenges. I had to learn about teenagers and they had to learn about Shakespeare. The first day distributing textbooks, a student said: “Mrs. Kjennerud, there’s a roach in my book.” I frowned and thought ‘cockroach’, gross. I asked him to please throw it in the wastebasket. At that time I didn’t know the other definition of roach. I also don’t remember if he threw it away!

In one of my classes two boys were calling another student”Taco”. I said, “Don’t call him that!” They said, “He doesn’t care.” I said, “I do!” “Don’t call him that in this room”. Diversity at PHS was just starting.
Three years into my teaching career we had finished a section of poetry and Edgar Allen Poe, The Raven was one of the selections. I thought the

students might enjoy seeing a short film by or about Poe. (It tells you what I knew about teenagers).

We had nothing available in the school library, so I went to Blockbuster. Knowing nothing about the video world or film X ratings, I asked the young clerk for something by Poe. She offered only one choice, so I took it. My area room was open concept so surrounding teachers and students often heard and sometimes saw what others were doing. I turned on the projector and title and author appeared. Then several NUDE people scampered across the screen. Shocked, I quickly turned off the projector. The students were quietly snickering and of course wanted me to continue showing it. Mortified, I thought I would be reported and could lose my job. Later that day a colleague taught me about film ratings and restrictions. I was allowed to stay on the job!

Teaching at PHS for 17 years was generally enjoyable. The stresses were offset by considerate, cooperative students, pleasant supportive staff, and few personal demands.

Since retirement, I have encountered former students and it is delightful to see them as adults. Words and smiles have been exchanged and another pleasant memory in the bank. Two of them (both in the same class) became elementary principals in Portage. I visited the one at Myers Elementary since it was close to my home and it was gratifying to see him doing so well. Recently a male visitor in his 30’s with a woman and child visited the museum and signed in as requested. With a smile, I let him know he was a former student and a good one at that! Blushes and verbal comments made it a memorable visit.

In 1997 a year after retirement, I bought my first home in Portage. What an appropriate fitting address: 6450 Robbins Road, connections to the first and last schools talked about earlier.
Year 2004 was my 50th honored year as a PHS alum. For the past 30 years I had been working on the alumni reunion committee. That’s how I met Lois Mollick, whose brother Frank Taylor was in my class. As a result of that reunion, a ’53 PHS grad Tom Brady appeared in my life. Two years later we married. Two years later he died.

During the past 21 years, 8-10 ladies, the youngest and oldest are speakers today, all former PHS teachers or staff have gathered almost monthly to celebrate with exuberance our birthdays, special events, and attend plays. The eating, drinking, laughing, crying and yakety-yaking will end only when we do.

Finally, during the past several years traveling to exotic places on extraordinary trips was possible thanks to the guidance and expertise of my former colleague and now friend Dennis Norman of Global Travel. Floating down the Danube, dining in the sky overlooking the Cape of Good Hope in South Africa and riding a camel near the pyramids are unforgettable times.

All of this emanates from the joy of learning and sharing!

Anne Koehler, who has worked in the library at Indiana University Northwest for 30 years, proofread and typed this report. She and Eva met in 2015 while volunteering at the Alton Goin Museum of the Portage Community Historical Society and became friends. 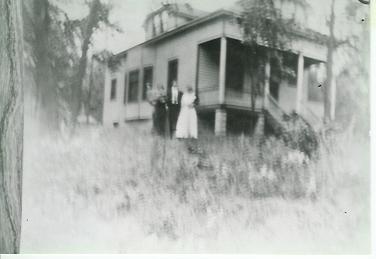