Due to the success of Biddy Basketball in the spring of 1967 a group of men in Portage decided to start Pop Warner football in Portage.  Many of these men were involved with Biddy Basketball and Bud Samuel gave early advice to the group. In addition to football in the fall of 1967, the Portage Parks department added soccer for boys ages 8-14.  Portage now had four youth sports available for the community.

After eight years at the helm of the league, Bud Samuel stepped away and Larry Hedges took over as President.  Though Larry had coached for several years (including as All Star coach in 1965/66), his son had just become old enough to play in the junior league.  Also, the junior league began playing on 8.5 foot baskets.

Fegley Junior High opened in the fall of 1967 and the league would begin playing Senior League games at Fegley during the season.

Aylesworth was used for the Junior League.

In November, Portage held their first election for a city government.  Portage became a city on Janaury 1, 1968. 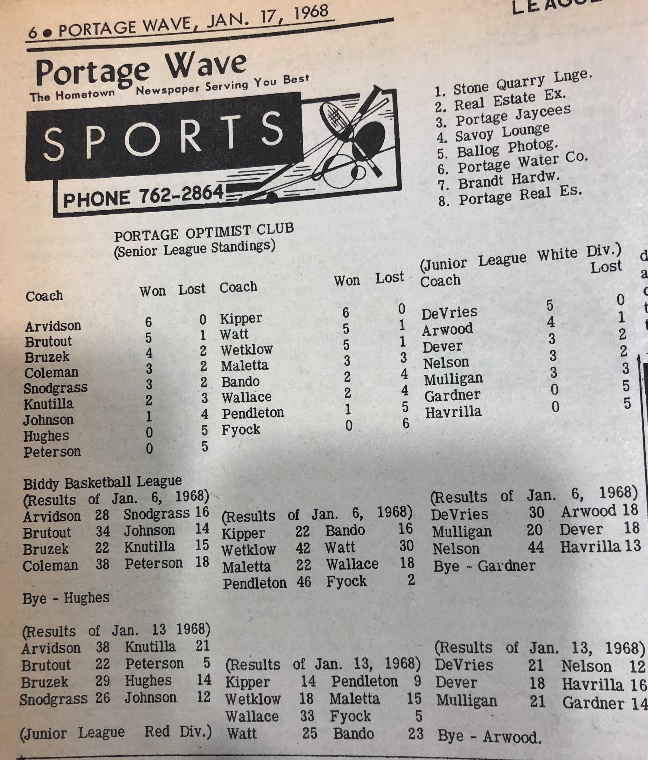 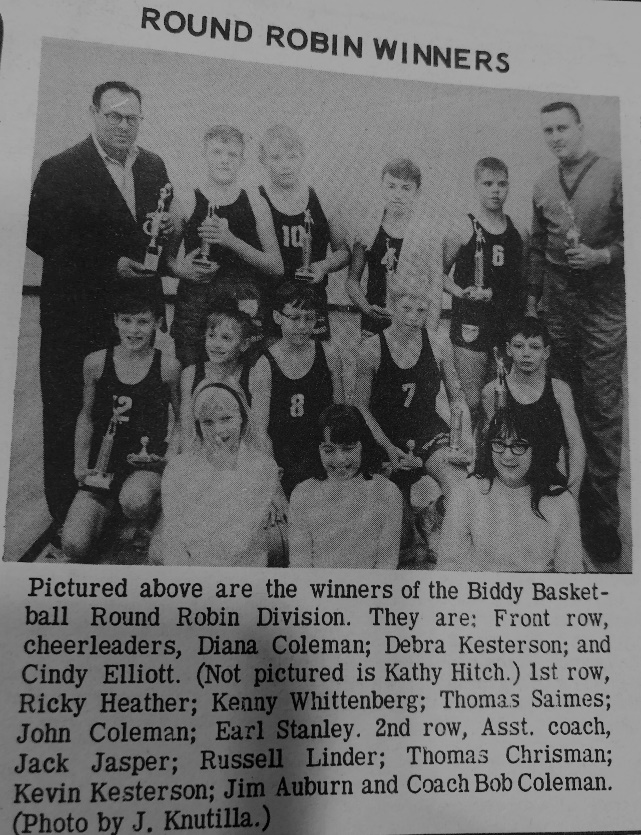 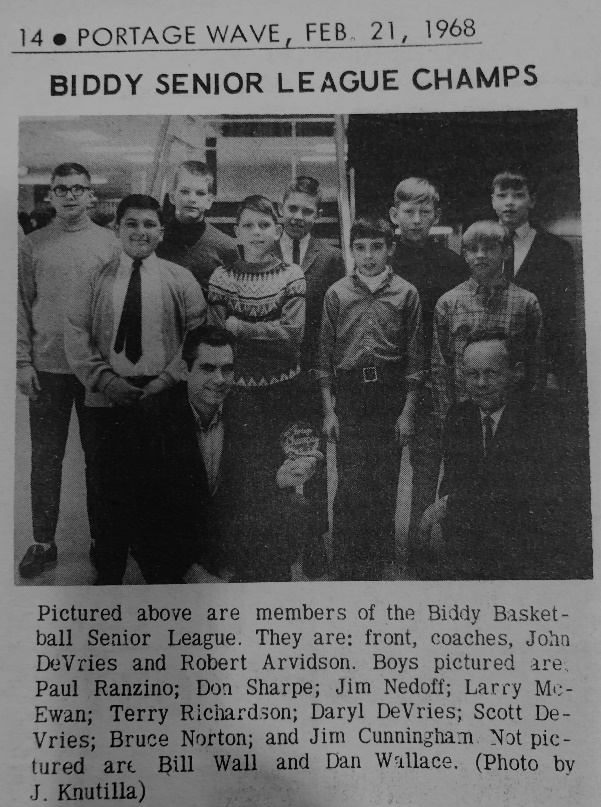 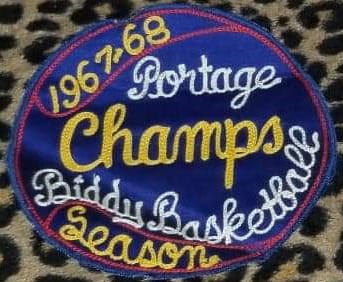 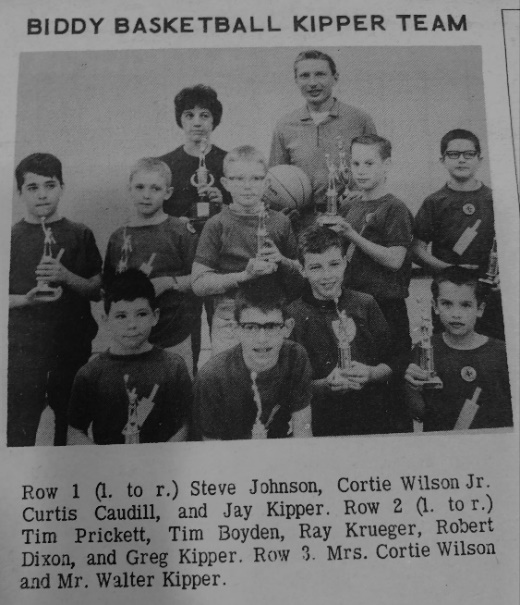 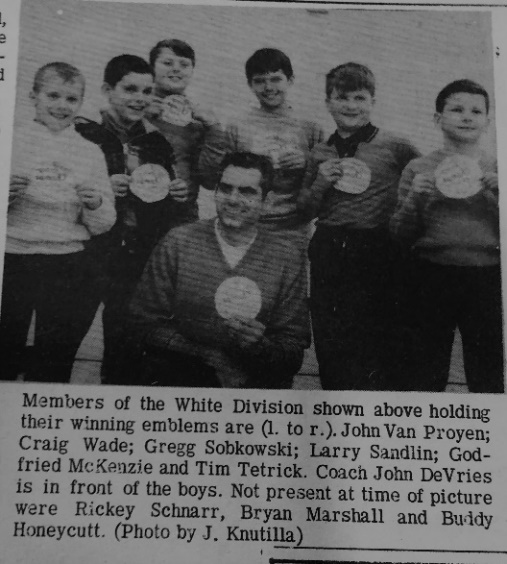 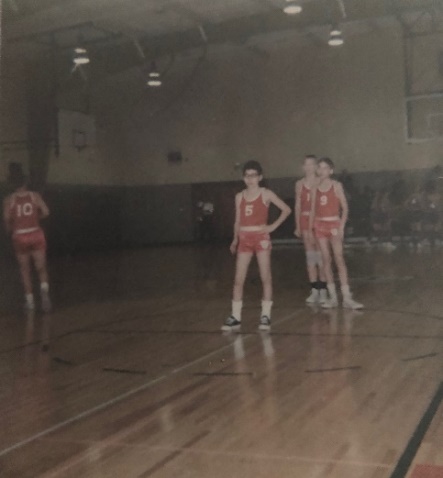 1967/8 Senior League All-Stars at a game in Hobart 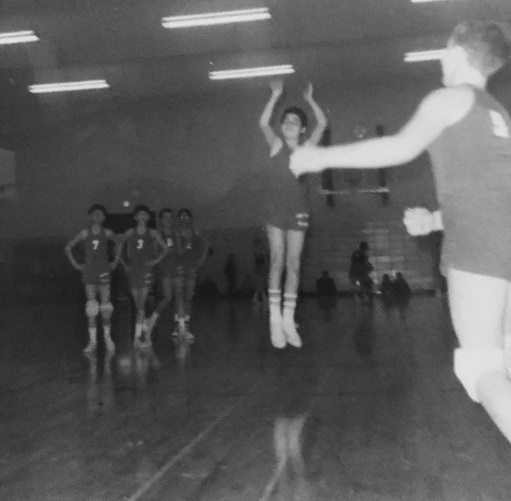 1967/8 warming up for Senior League Championship game at Fegley 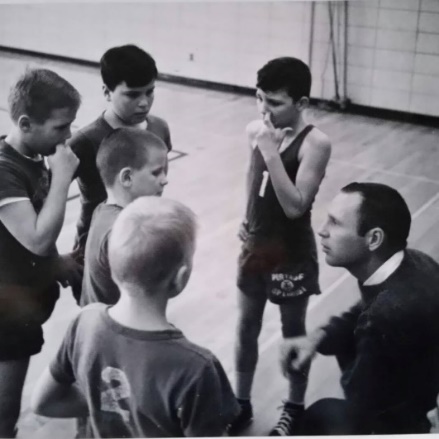 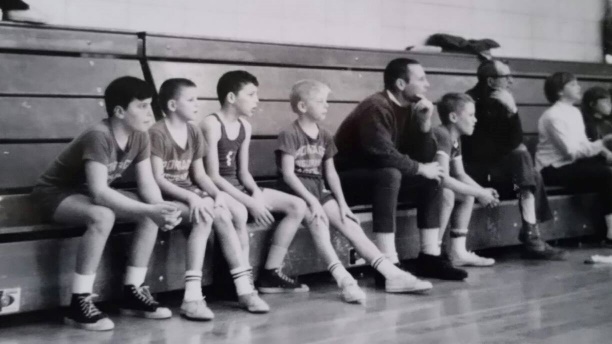 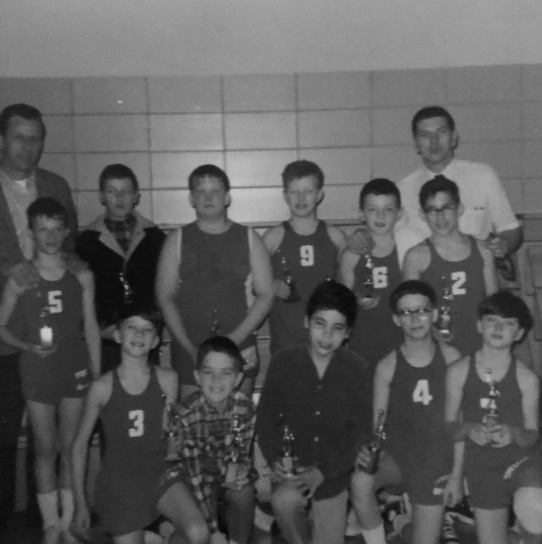