The league would consist of 15 Junior league and 11 Senior league teams.

The League produced a pre-season handout with many facts on the league. 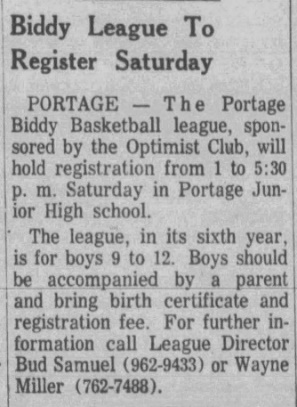 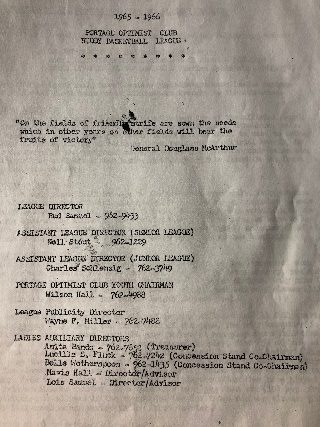 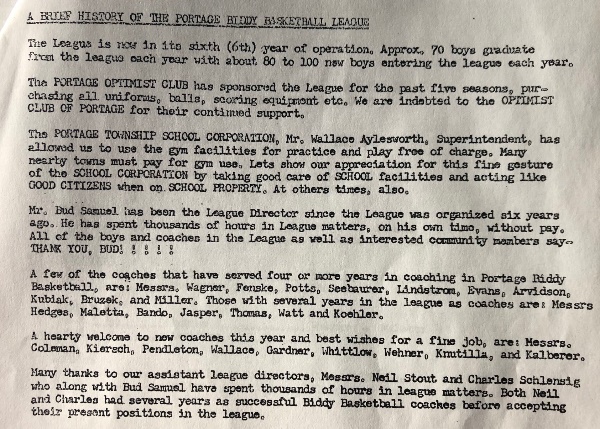 In the 7th year of youth basketball, six associated with the Biddy Basketball association, only Bud Samuel, Neil Stout and Martin Wagner were still associated with the league from the first year.  It should be noted that during his first five years as a coach, Coach Wagner did not have a son playing for him.  Only in the previous season, 1964-55 did his oldest son begin playing for him.  During the 1965-66 season he had two.

If a team practiced at Garyton the team had the entire floor.  At Crisman, teams each had one end of the court. 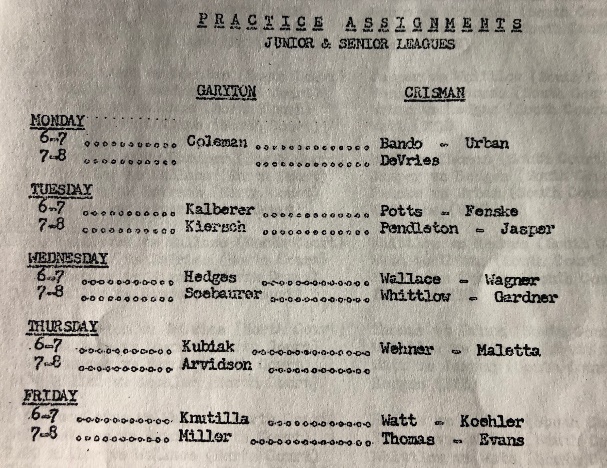 The Ladies Auxillary was a crucial part of the success of the league.

A weekly standings sheets was handed out on Saturdays showing how teams had fared plus upcoming events. 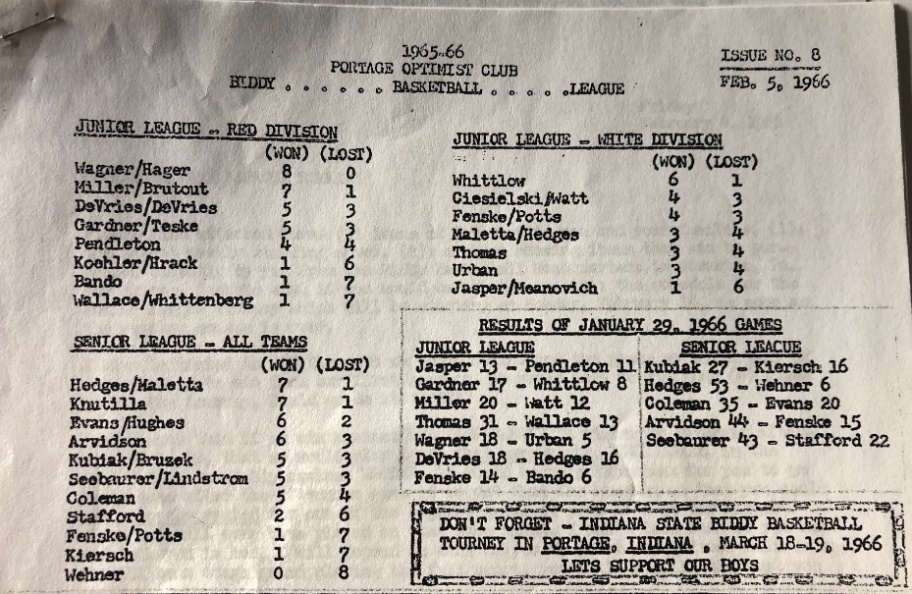 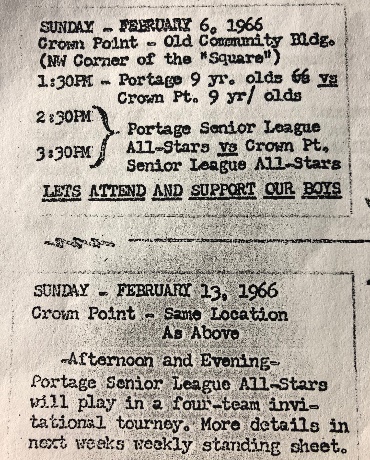 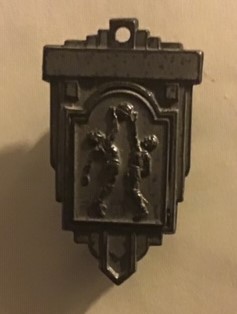 (Note: The team coached by Martin Wagner won the season and tournament.  The contributor was on the team that lost to the Wagner team in the tournament semi-finals) 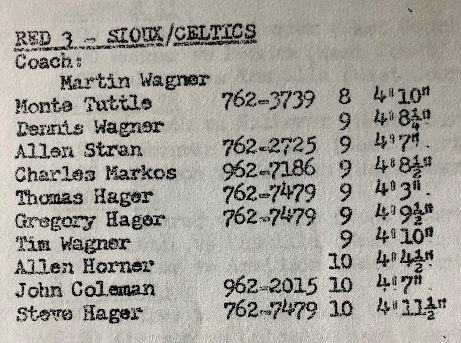 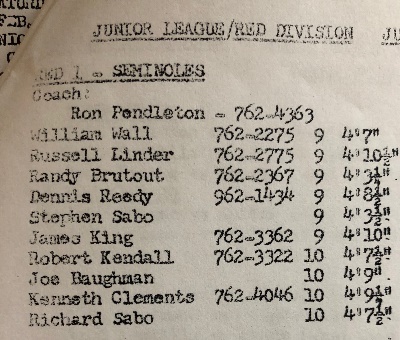 Rosters for Wagner and Pendleton teams.  Finalists Junior Leagie tourney 1965/6 season.  Clements, Lindner and Sabo would be members of PHS sectional championship teams in 1972 and 73.

Portage would host the state biddy basketball tournament, which was won by East Chicago. 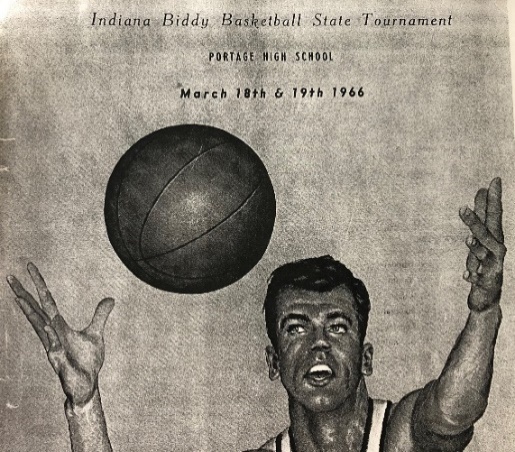 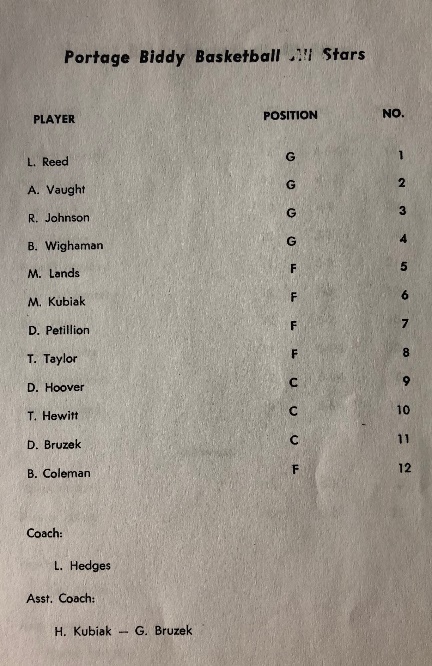 Portage did not allow members of 7th grade school teams to play Biddy Basketball.  Other leagues did not have the same rule.  Would it have made a difference in results?  Probably not, as the East Chicago team had two players who would later play for the undefeated EC Roosevelt IHSAA state champions in 1970 and one who would start on the undefeated EC Washington undefeated champs in 1971.  Al Vaught and Tom Taylor on the roster above were sixth graders who would go on to play varsity basketball and be members of the Indians sectionals champions in 1971 and 1972. 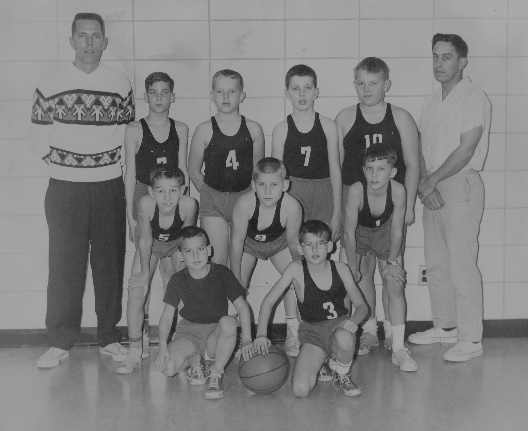 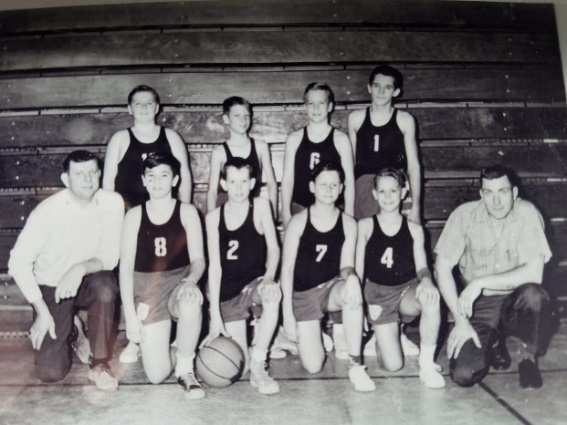 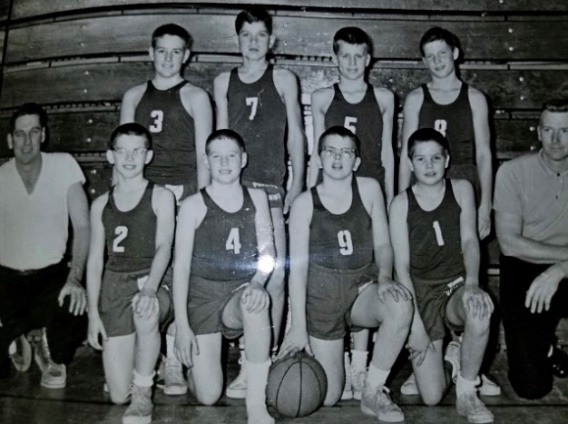 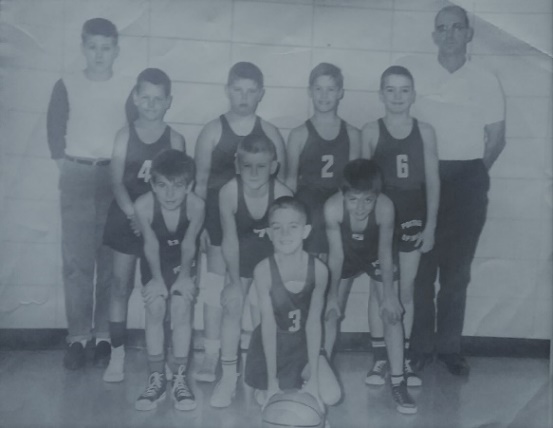 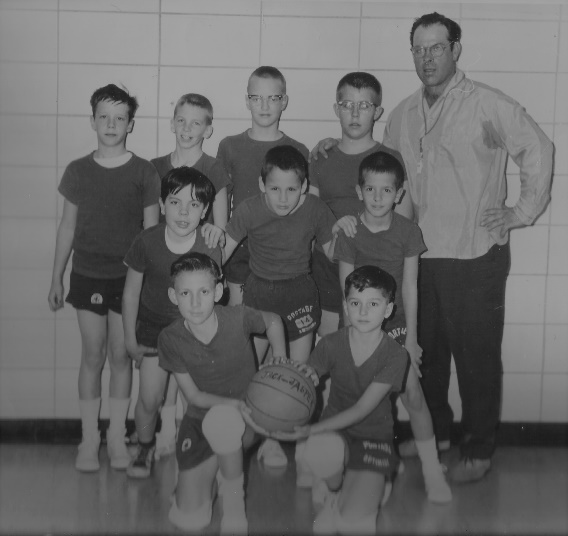 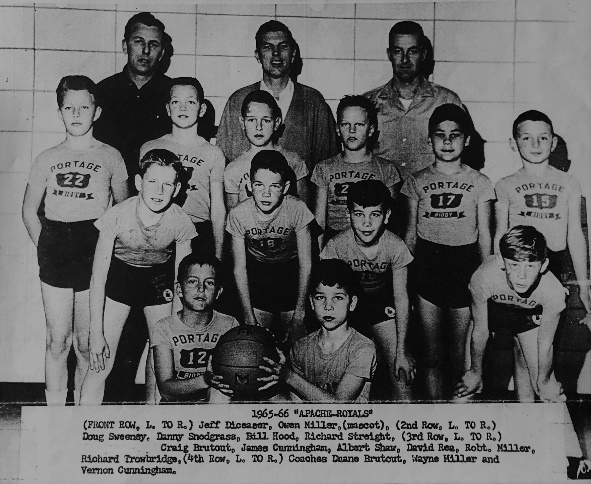